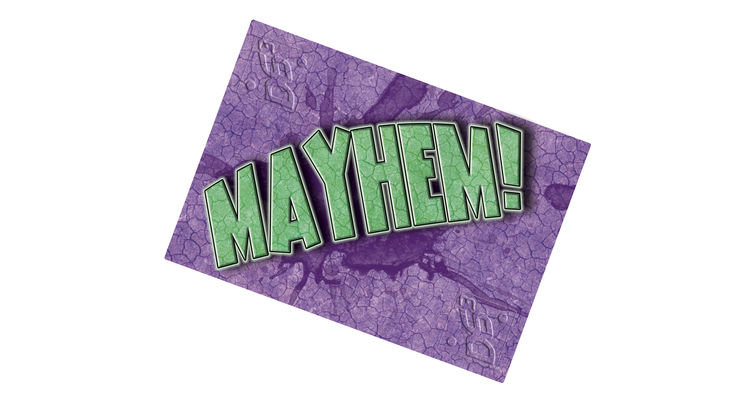 This neo-retro-thing we're doing, this game? I didn't 'xpect to find my call in it, but that's 'xactly what happened. Lemme tell:

When Terl'Kris assigned me to this project I made the shrugs. Writing a game? Nope. That's calorie-burning for the creatives. That's not what I do. Me, I'm about taking stale copy and making it bop for sub-dialects of GalWest, and there's not a drip-loo of 'riginal thinking required. 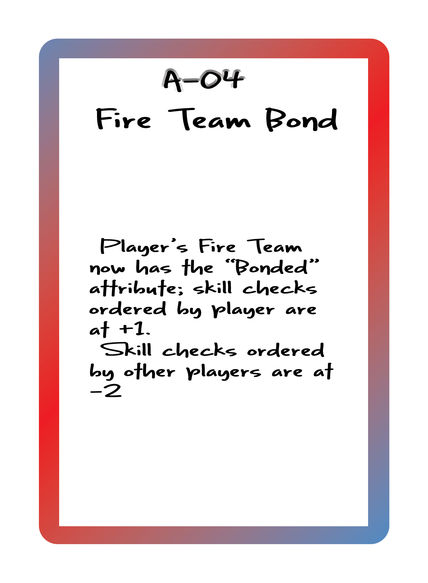 So I sat on my paws for a stack of revos until one of my co's came in with the stalest, drabbermost cards I'd ever seen. Just look at this thing. I don't want to barrass the co, but just look!

Me, I know that cards are s'posta be slick, same as brochies and hang-tags. So I did my do, and made start on bopping some slick to the design, but I couldn't see past the ugly in the numbers.

The design-boffins catted this one as “beneficial, permanent," and they lecture droned on and over about balance what-alls and stacking godsknowwhat. I was bored to sleep, so I started telling a story about how fighting better comes from pep talks and respect, and maybe I lifted some of it from a 28th century war show but who cares? Look at my version! It bops now. It says something about the numbers, like there's a real story behind it.

I was just horning around with it, but Terl'Kris looked at my cards and the next thing I know I'm writing story copy as fast as I can clack claws, doing the 'riginal thought stuff, dripping funny little stories on every one of these hundred-plus cards.

I panicked for a half-revo when I ran out of stuff to plagiarize, but it stopped mattering. That brain bit that does story got switched on and over, and my coat fluffs out just remembering it happen.

If I understand the boffins, these cards will come up about a quarter of the time, and the players are s'posta  take 'em and work 'em into their own story. Which cats right weird to me, because I don't know games that are about making stories, but Terl'Kris said that was the whole bop-slick point.

I won't lie. I want to get my paws and claws on the rest of the bits—there's a book, too, and some dice—and then haunch it for a couple of revos and tell some play.

Planet Mercenary is now available to be ordered from the Schlock Mercenary Store.